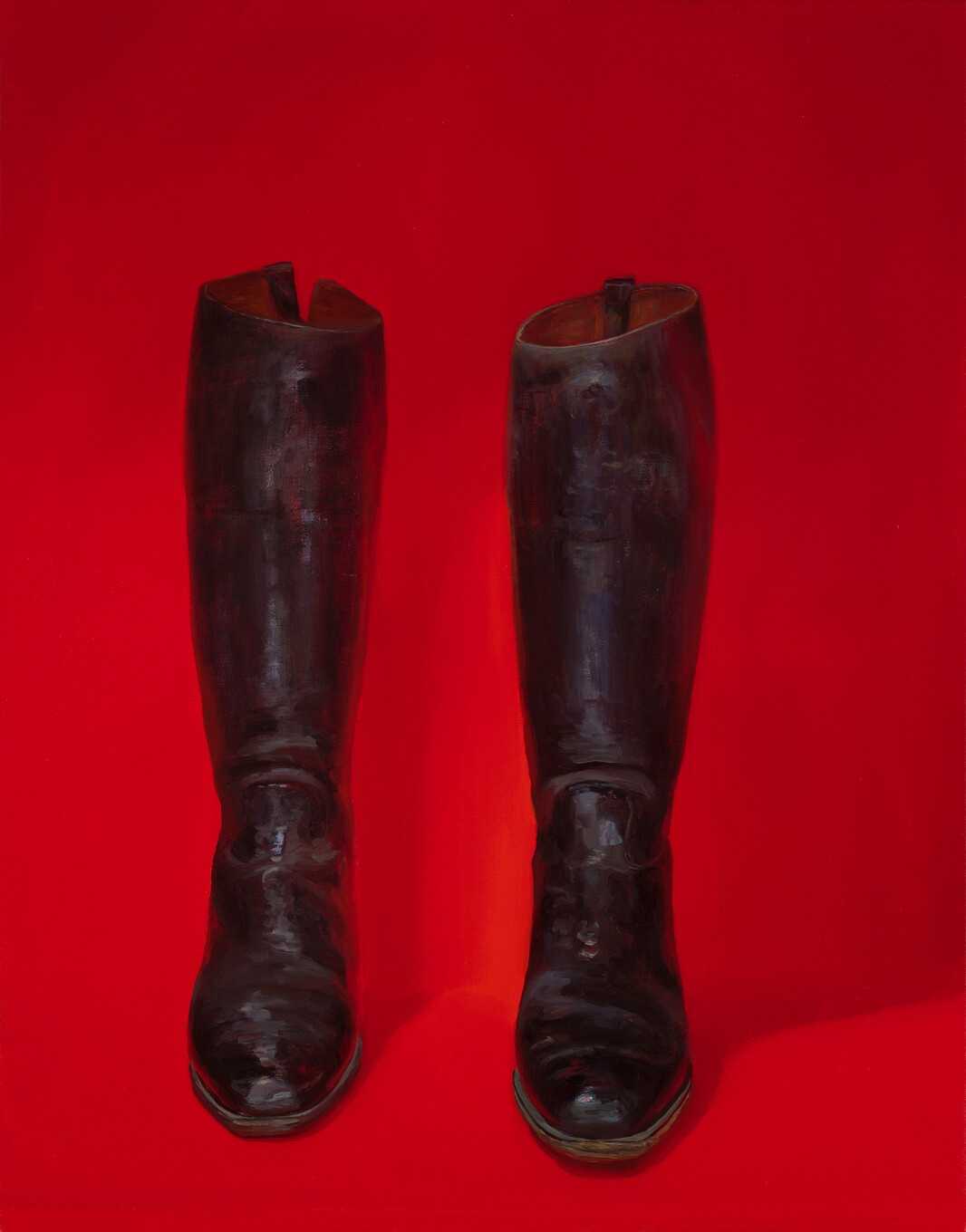 The still life Black Boots is of an everyday object in Canadian culture, a pair of riding boots belonging to the Royal Canadian Mounted Police. Presented as a work of high art, the black leather boots are depicted against a vivid crimson background, capturing strong memories of Canada’s past and contemporary future. Although the tall boots dominate the work and cast a dramatic shadow against the bold backdrop, the red background is significant itself by strongly recalling the scarlet colour of the Canadian flag.

“Painting is a visual experience concerned with clarifying thought and to awaken in us the simplicity and unity of an impression. I apply traditional oil painting techniques along with investigative and innovative approaches within a modern and contemporary context. The structural and optical challenges of oil painting is at the forefront of my subject matter which ranges from site specific landscapes to narrative based still life. My interest is in documenting the ever changing natural environment by working directly in nature and from my experience of studying various landscapes and cities around the globe.” – Liza Visagie

Born in Johannesburg, Liza Visagie studied at the University of South Africa before immigrating to Vancouver where she worked in printmaking, which would introduce her to legendary Canadian artists such as Jack Shadbolt and Gordon Smith. This experience would inspire her, in turn, to attend Emily Carr University and dedicate herself to a full-time painting career. Interestingly, she credits her long-term studies with local Vancouver painter Paul Chizik, also featured in this sale, for both elevating her craft and persuading her to adopt a contemporary approach to traditional oil painting techniques. Visagie’s works consist primarily of landscape painting completed en plein-air; developing her sketches based on the shapes, tones, and colours of her surroundings and then finishing them in her studio.

Visagie has exhibited in various group and solo exhibitions both nationally and internationally; her works being collected across Canada, the United States, South Africa, Amsterdam, and Berlin.