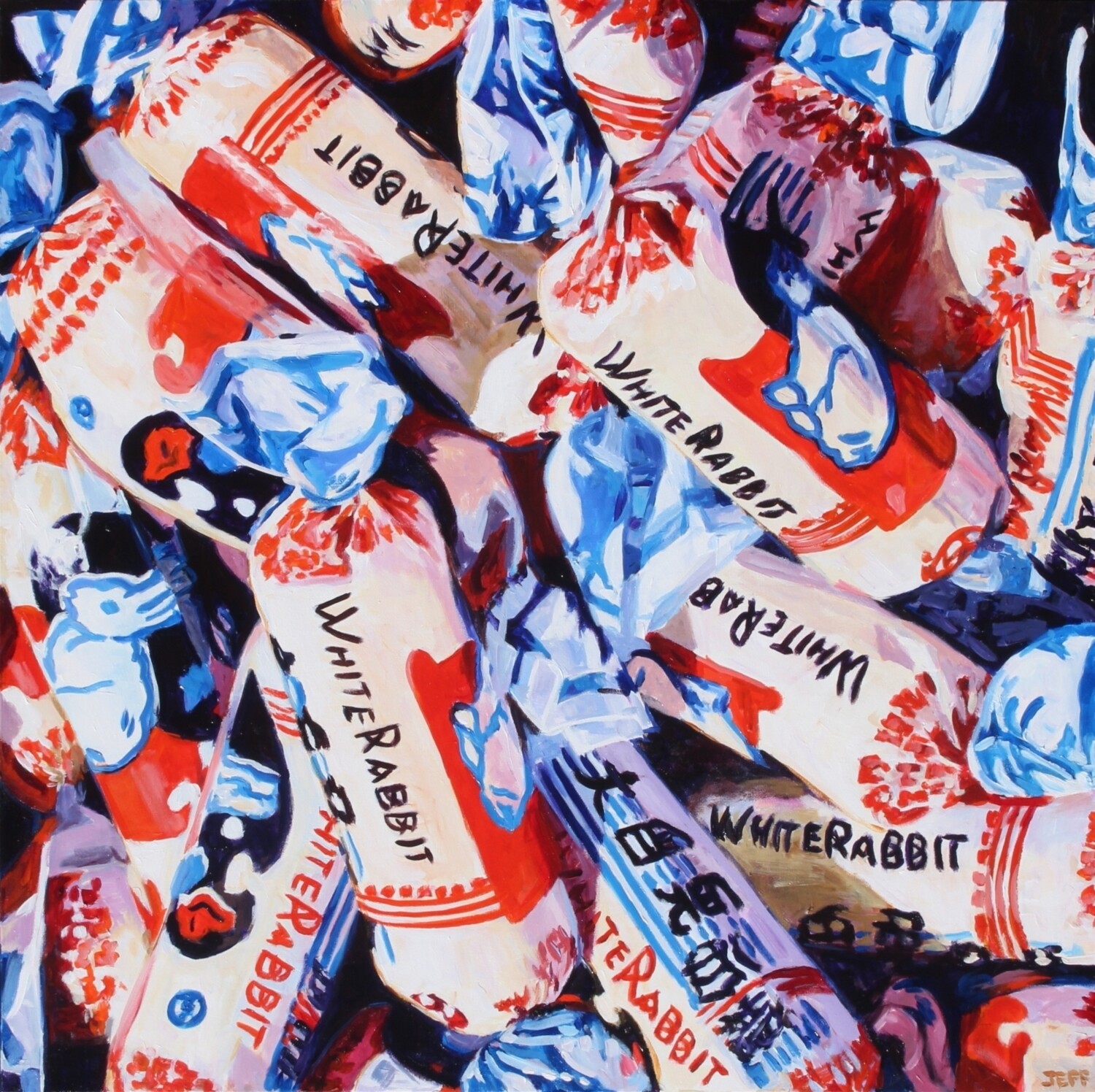 Ask a Chinese Canadian for their favourite candy, and there is a good chance it'll be White Rabbit. It has been a national icon since the 1940's and for example, was given by Premier Zhou Enlai to Richard Nixon during his famous 1972 visit to China.

In this piece, I wanted to capture different aspects of the classic Art Deco detailing on the waxed-paper wrappers, so chose a close-up arrangement in a bowl. In the end, the shading proved to be very complex.