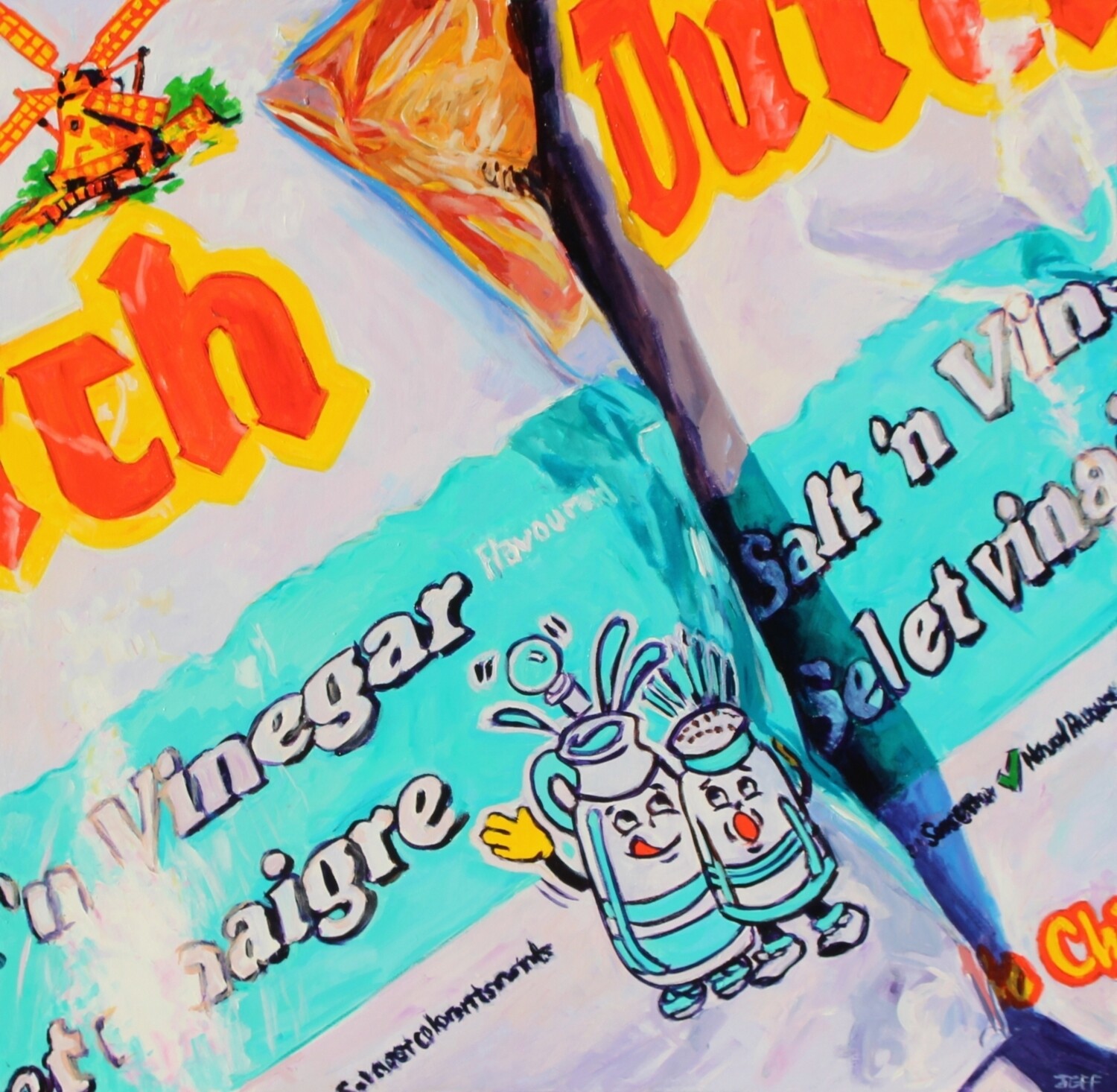 I have extensive direct experience of Old Dutch Salt & Vinegar chips, and love the package; it has a fine red/yellow/teal combo & what about those characters? I guess Vinegar looks happy enough...