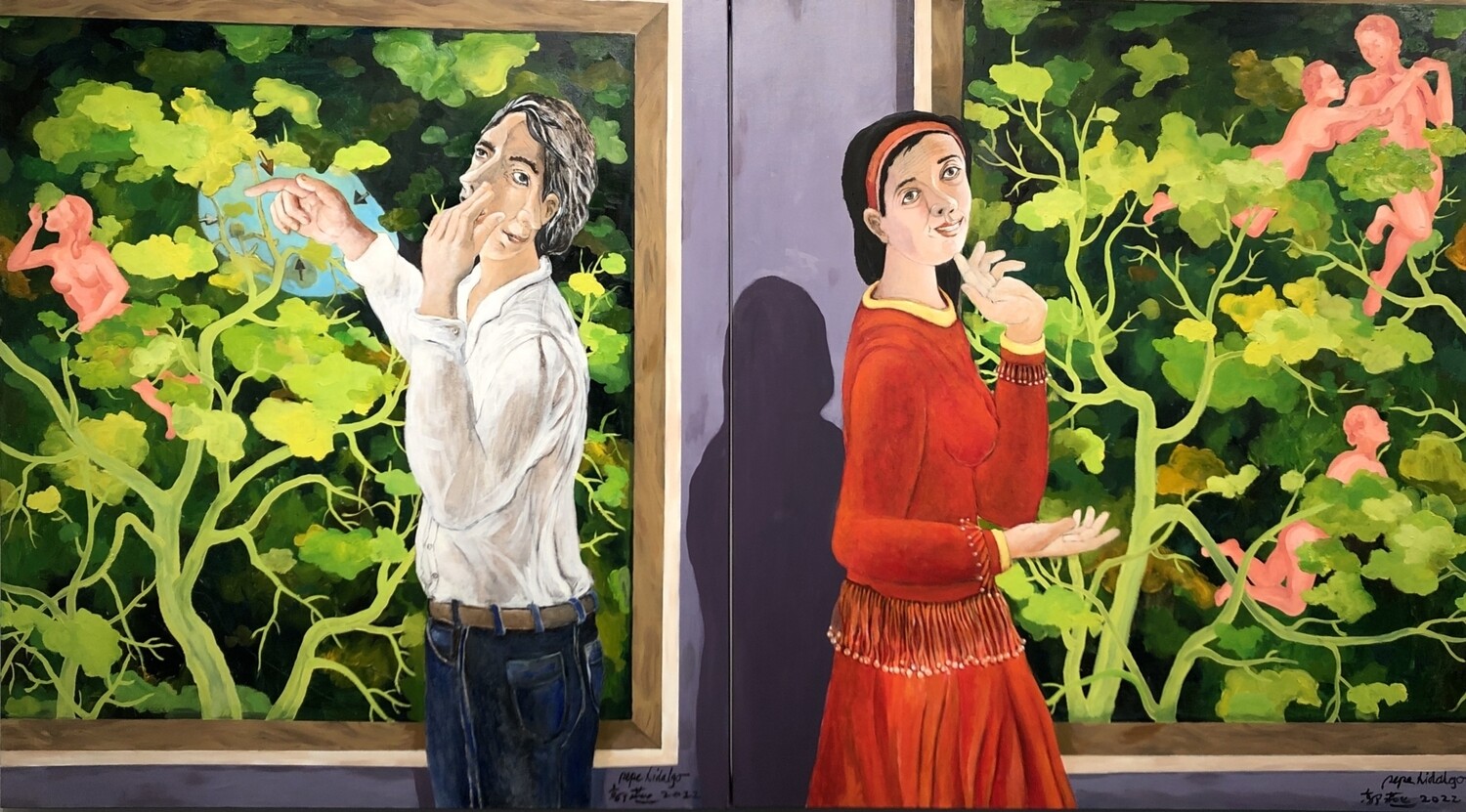 This is a narrative about humans and nature, as well as the expectation of the spring season. Are the two artists using their different artistic languages and expressions to paint two people enjoying the beauty of spring outside the window, or are they admiring a painting of themselves? This leaves enough room for audiences to interpret Garden in Spring. The position of each painting in the diptych can be switched.