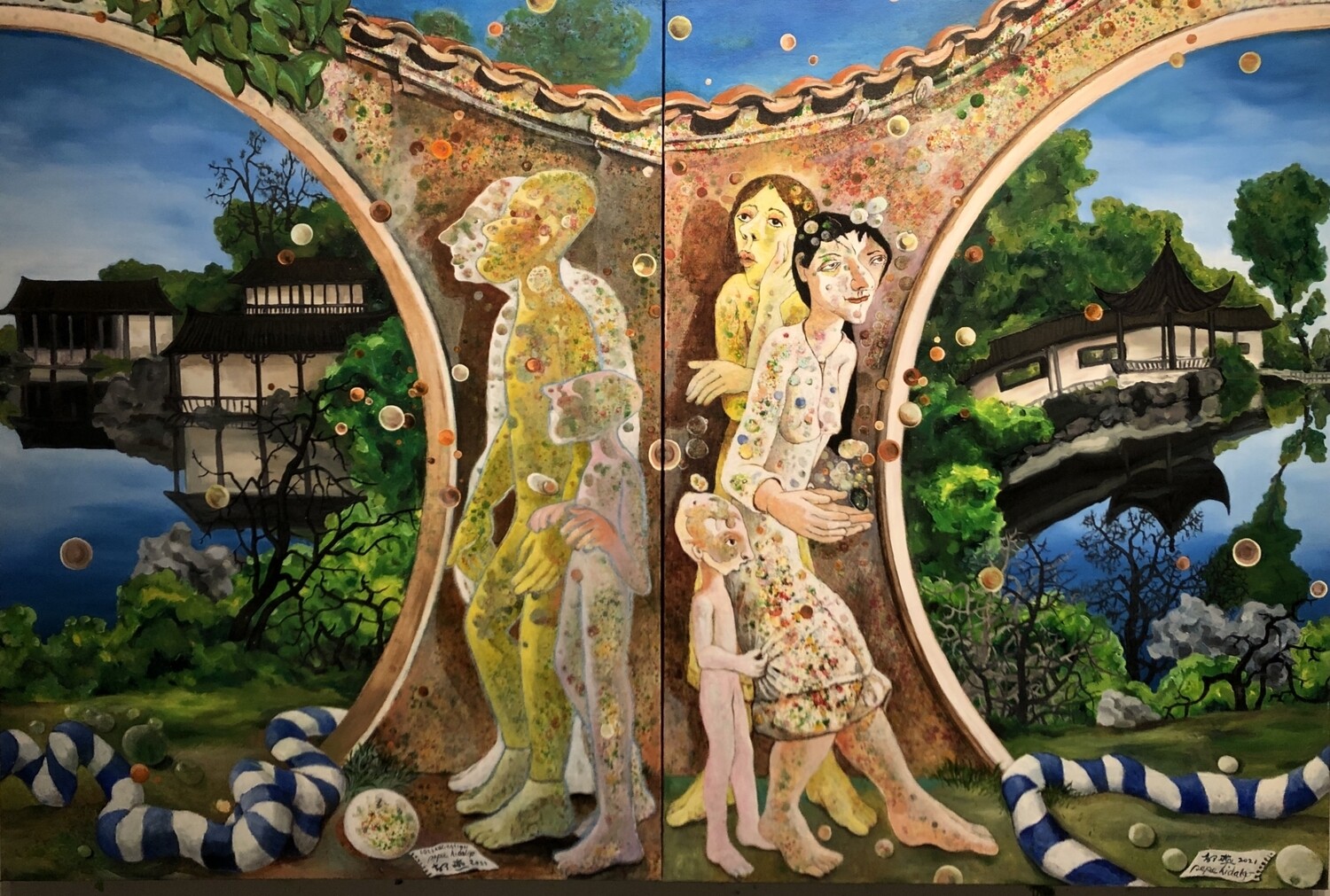 Enter the Garden of Dreams (diptych)

Enter the Garden of Dreams (diptych)

The perspective of Enter the Garden of Dreams is special. Guo Yan painted a classical Chinese garden, and Pepe Hidalgo painted the crowd watching from outside the wall of the garden. The magical effect of garden within a garden and the contrast of cultural traditions brings about an interesting viewing angle. The position of each painting in the diptych can be switched.