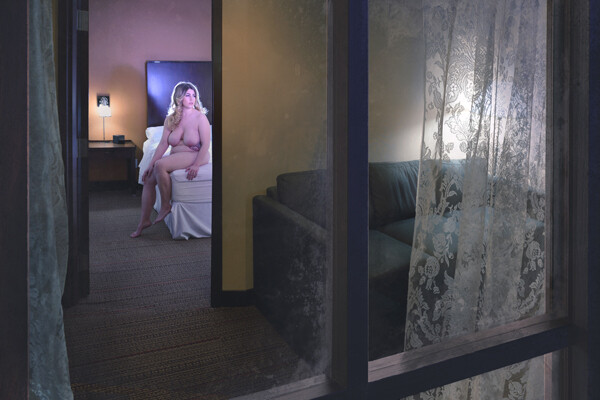 Window Series
It is often said that one’s eyes are the windows to one’s soul. Whenever we think of windows, images of views and scenery come to mind. This time, I want to change the perspective by looking through the window from the outside to the inside to see, to find different emotions and situations.
In the works of the Window Series, there is a man sitting alone in a shabby house; there are couples comforting each other; there are couples in conflict with each other; there is a mother and daughter sharing an ordinary evening; there is a beautiful young woman drinking alone in an empty house and so on. Inside the small window, under the different roofs, there are stories of sorrow, joy, memories, waiting etc. This is life.
Fang Tong graduated from the Fine Arts Institute of Shanghai University and studied in France. She has had a successful career in painting, sculpture, design and other art fields. In recent years, she has focused on photography, and she has been awarded several major international photography awards. She has been published in VOGUE and other major domestic and foreign magazines. The photo ‘Swimming Pool’ won first prize in the Nikon International Photography Competition Category C in 2015. She was commissioned by Sony in 2013 as one of 20 photographers around the world to represent Sony’s camera phone.