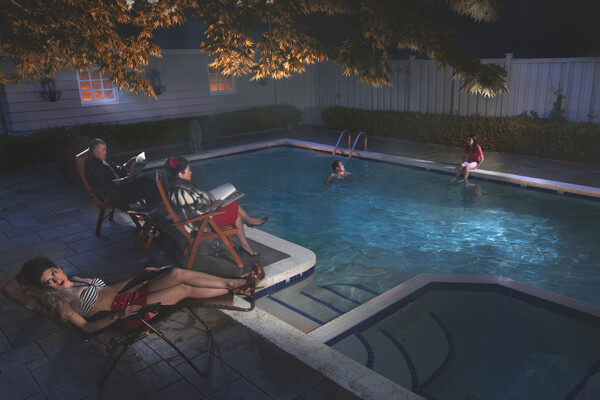 The Chen Family Series
The scenes were shot in a luxurious mansion in Vancouver. Five models played five members of the fictional Chen family, a family of wealthy Chinese immigrants. Like many families, they have a mixed-race grandchild. The three generations are facing problems among themselves: generation gap, cultural difference between China and North America, and the differences generated by the inter-racial marriage. Wealth cannot always ease the conflicts or remove the barriers. It does not seem that the overtly opulent and comfortable residence can bring together the family members who are indifferent to each other.

The Chen Family Series won the silver prize at the Prix de la Photographie Paris in the Professional Fine Art (People) Category in 2016.
Fang Tong graduated from the Fine Arts Institute of Shanghai University and studied in France. She has had a successful career in painting, sculpture, design and other art fields. In recent years, she has focused on photography, and she has been awarded several major international photography awards. She has been published in VOGUE and other major domestic and foreign magazines. The photo ‘Swimming Pool’ won first prize in the Nikon International Photography Competition Category C in 2015. She was commissioned by Sony in 2013 as one of 20 photographers around the world to represent Sony’s camera phone.