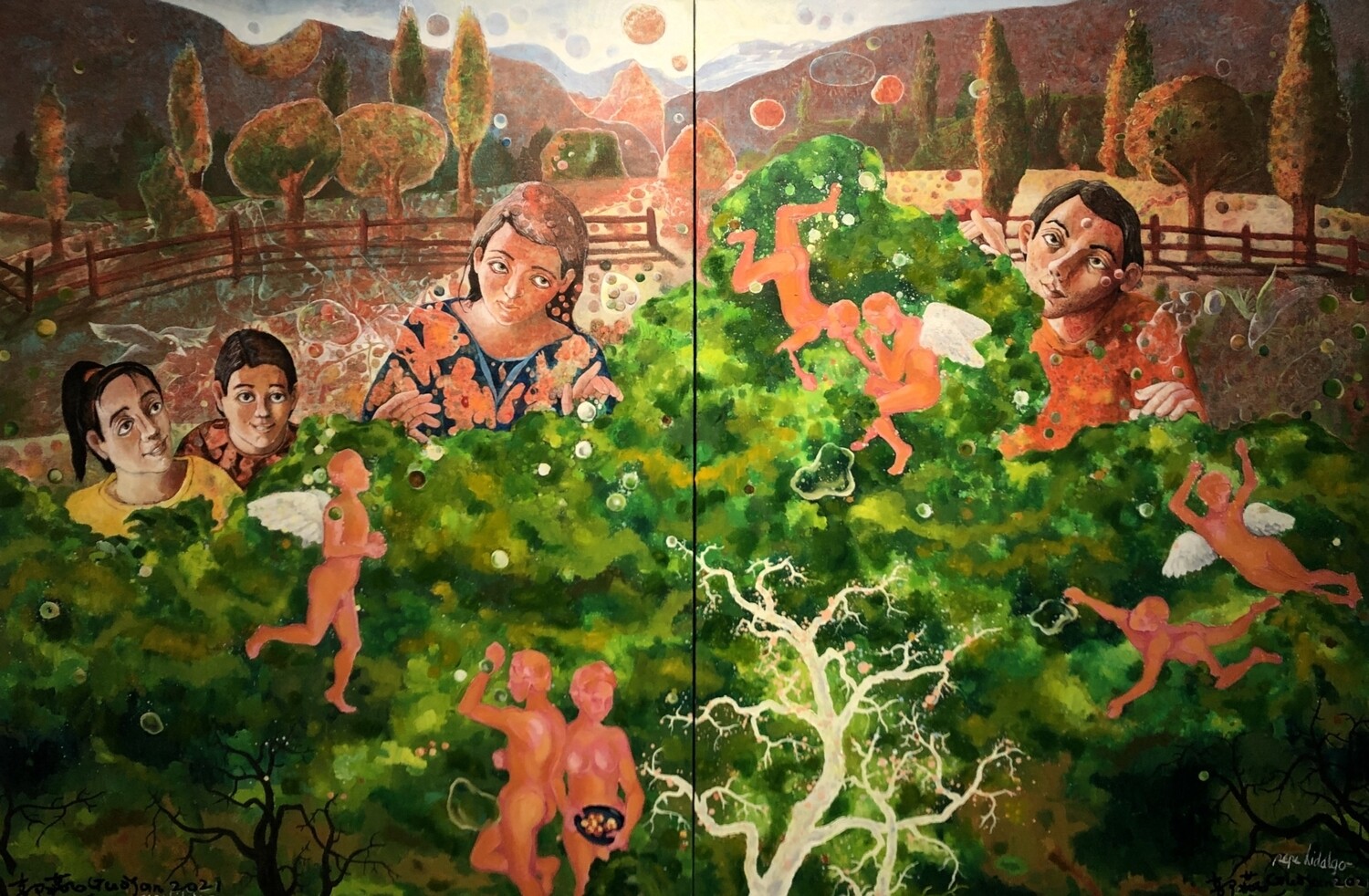 Lively Garden of the Future (diptych)

Lively Garden of the Future (diptych)

Lively Garden of the Future is Pepe and Guo Yan’s sixth painting together. The two artists have a deep friendship and have been working together for more than two years. This is a very important piece of work for them, and at the same time this piece has a special meaning for them as they are both immigrants in Canada. They depicted a garden that might exist in the future. The scene seems to be the result of a magical realism-like time-travel. Two artists’ different techniques are seamlessly integrated. The upper part of the painting is created by Pepe Hidalgo. He highlights a family. The lower part is done by artist Guo Yan in her typical style. It is richer in colour compared to the paintings of their previous collaborations. The position of each painting in the diptych can be switched. Lively Garden of the Future is a narrative about humans, future, and home, as well as mankind's beautiful expectations for the future.