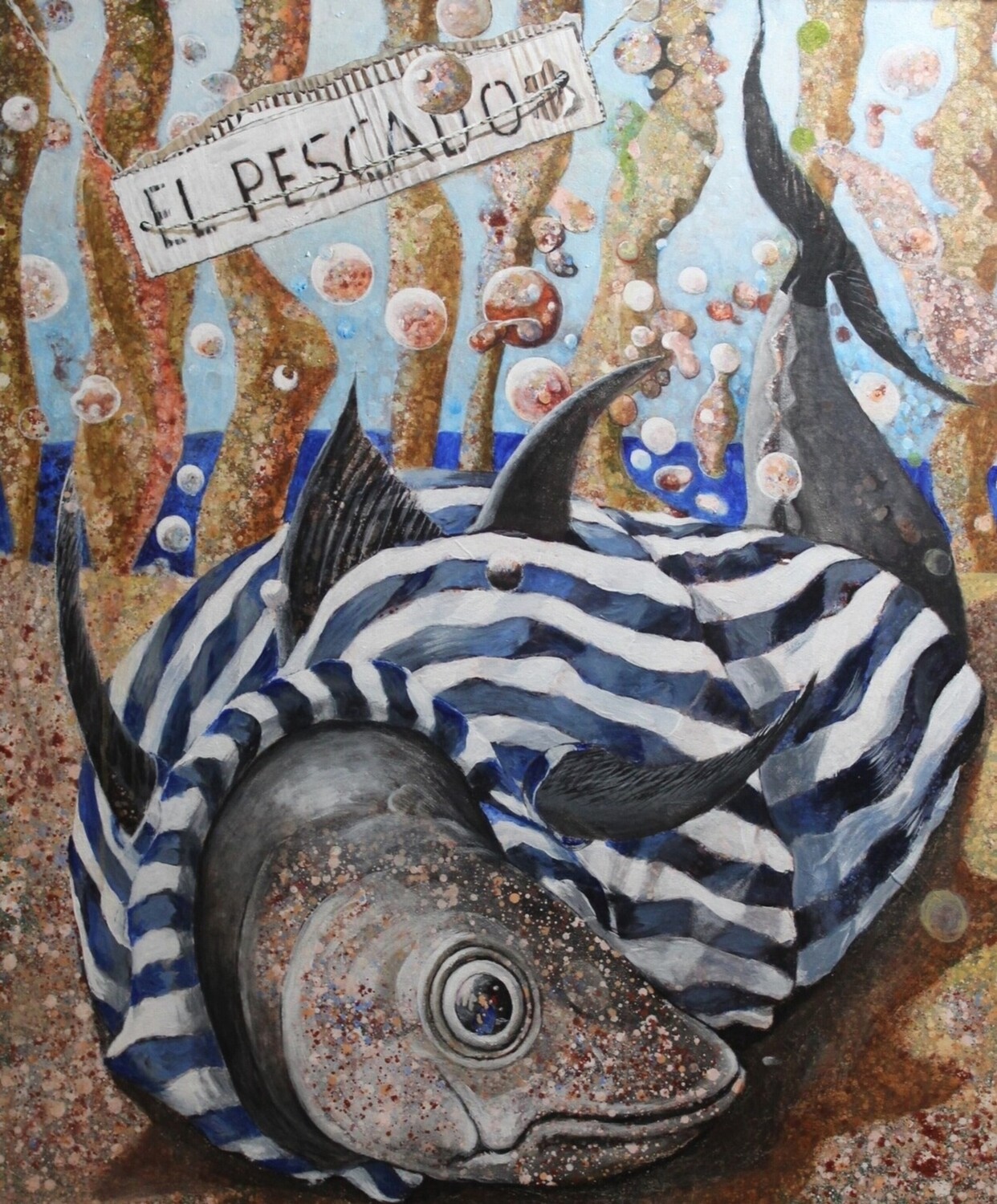 Signed front and back

The image is done to represent the Mexican lottery. This is the fish that has been caught. Symbolically it is the thief or delinquent that has been jailed. I have used the tuna species that are going into extinction. Dressing the tuna as a prisoner meets the two functions of being a prisoner and being caught or hooked. – Pepe Hidalgo

Pepe Hidalgo was born in Spain and now resides in Vancouver. He predominantly paints with acrylic and sketches. Hidalgo studied fine arts in Utrecht, Netherlands.

Hidalgo has a distinct element present in his paintings. There is a string or cord that can be seen in the majority of his work. It acts as the umbilical cord that unites him to the universe and allows him to time travel back and forth as it supports his weight and pulls him back into reality. It also takes on the role of identity maker and can almost be considered to replace his signature.