Fang Tong adopts a spectator’s perspective to look at the lives around her and uses a cinematic style in her photography. Her works are embedded with an implied narrative, which is left to the viewer to resolve over time with their own imaginations. Reflecting the artist’s background in classical art, the production process is carefully planned to control the frames and the expressions of details, which gives her work an ethos of a painter. As a bystander, Fang Tong captures the potentials that photography can embody the work with an eternal quality, thereby creating a slightly fictional world that resembles reality but transcends consciousness. Fang Tong’s passion is to put her work at the border of the surreal, yet hold back enough to keep it firmly in the real world.

Audiences may see versions of themselves in the Soap Opera, The Chen Family, and Window Series. Multicultural British Columbia creates opportunities for us to ponder different cultures, lifestyles, adventures and the future. Along with the carefully processed details, her photos provoke audiences to create a narrative out of cinematic pictures. There may not be a clearly defined story behind the scene, but there is a strong mood and atmosphere throughout the whole image. The imaginary world is strangely familiar while the narrative arc takes audiences on a hyper-visual ride through people’s subconsciousness. She nurtures the balance between the real and the surreal that pulls her audiences into the world she created, but she also allows the audience to discover their own answers.

Fang Tong is an artist based in Vancouver, B.C. Canada. She graduated from the Fine Arts Institute of Shanghai University and has studied in France. She has had a successful career in painting, sculpture, design and in other media. In recent years, she has been focusing on photography and has won several major international photography awards. Her works are published in Canadian and international magazines such as VOGUE. Her Swimming Pool won first prize in the Nikon International Photography Competition Category C in 2015. She was commissioned by Sony Corporation in 2013 as one of the twenty photographers around the world to represent Sony’s camera phone. 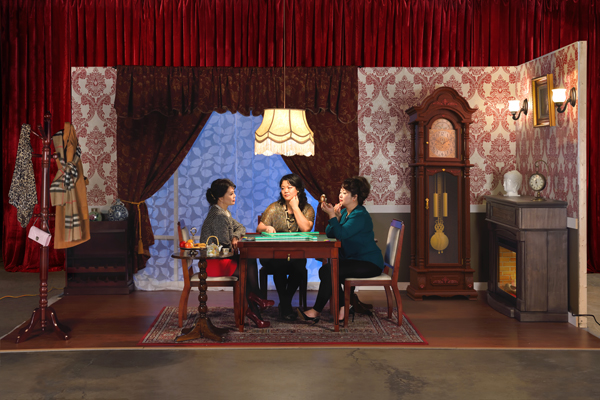 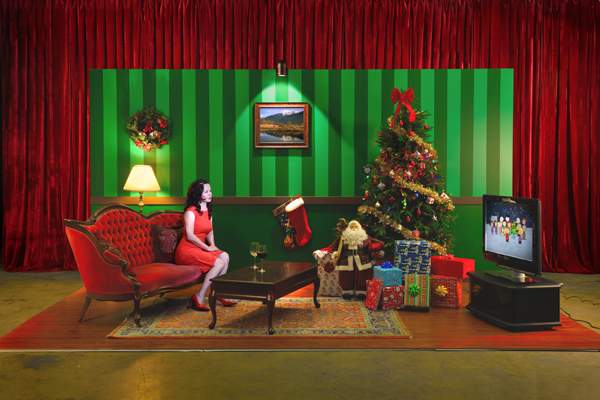 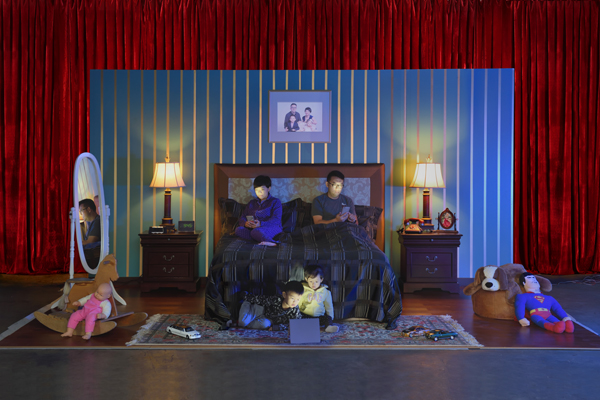 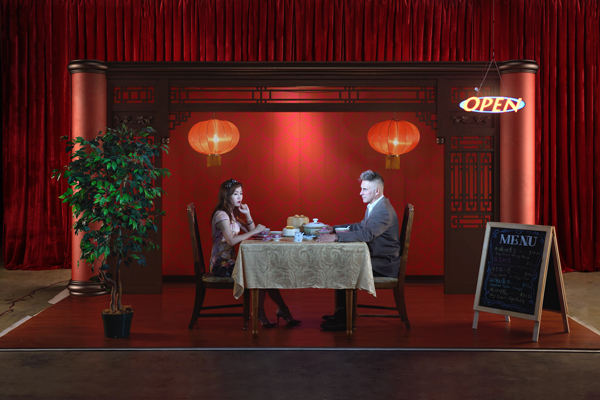 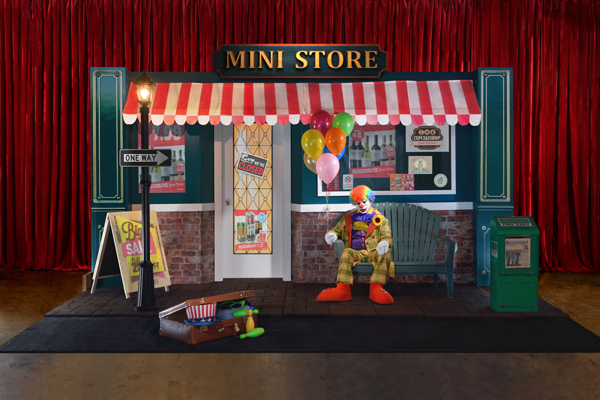 Soap operas are staged dramas that can vividly reflect people’s lives. The stage is always full of charm for me, because its condensed structures and roughly constructed props carry the audiences from one scene to the next and eventually to their real
lives. The roughness of the deliberately constructed backgrounds produces a visually non-authentic effect as well as symbolic meanings. The beauty of the concentration of life elements is also integrated with abstract feeling. I am always fascinated by what lies between the real and the surreal, which brings me a sense of freedom.

This series attempts to build artificial rooms, stage performances, and fix the camera at the same viewpoint of each scene. The camera then records these cinematic scenes, which are completed by actors re-enacting or creating a scene of daily life. While looking at theses staged scenes, audience members may see versions of themselves in the photographs or may be complete bystanders who seek their own answers to life. 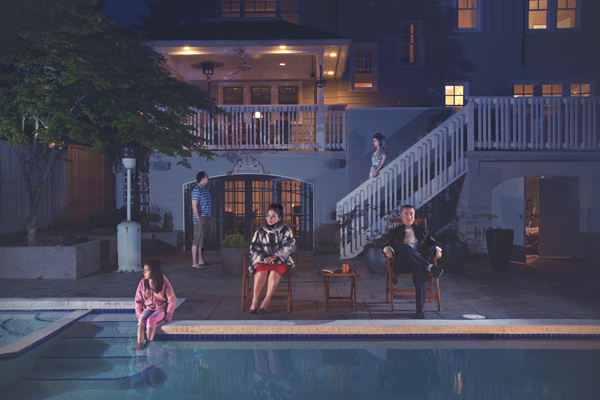 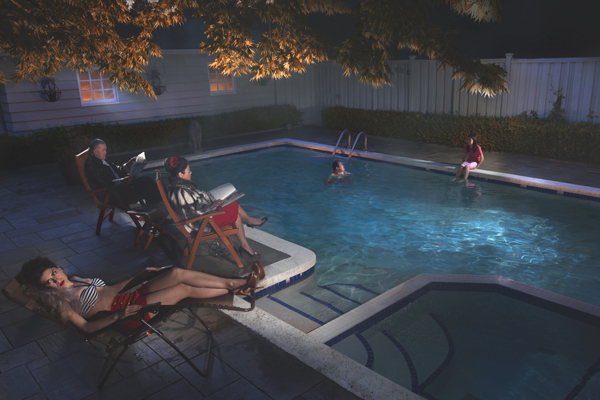 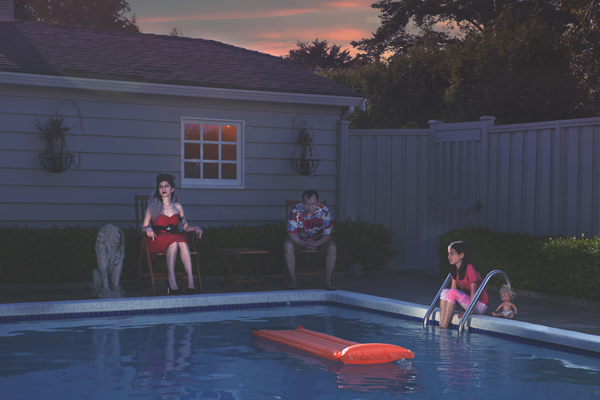 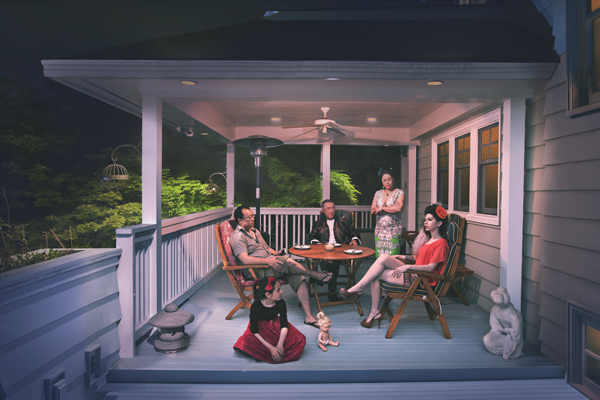 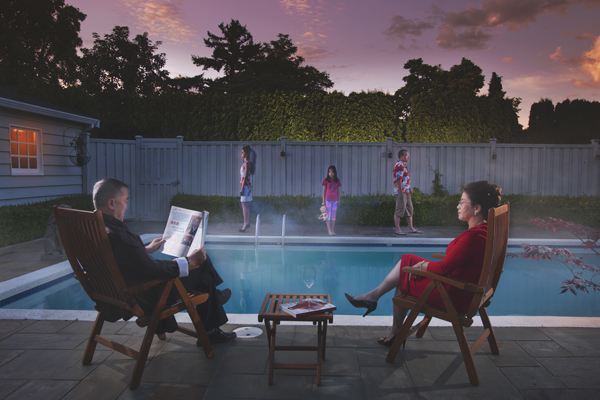 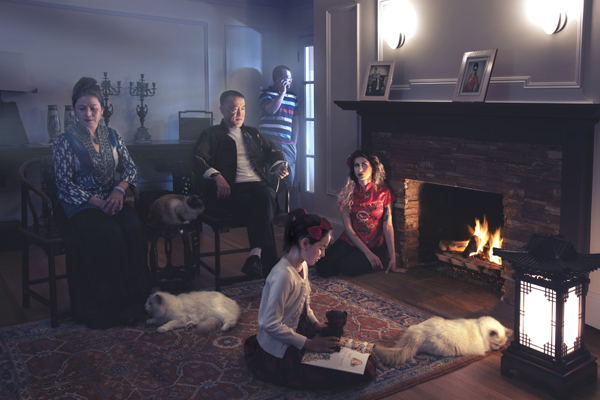 The scenes were shot in a luxurious mansion in Vancouver. Five models played five members of the fictional Chen family, a family of wealthy Chinese immigrants. Like many families, they have a mixed-race grandchild. The three generations are facing problems among themselves: generation gap, cultural difference between China and North America, and the differences generated by the inter-racial marriage. Wealth cannot always ease the conflicts or remove the barriers. It does not seem that the overtly opulent and comfortable residence can bring together the family members who are indifferent to each other. 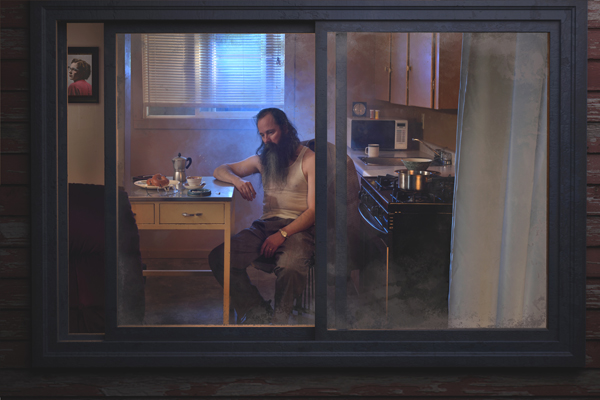 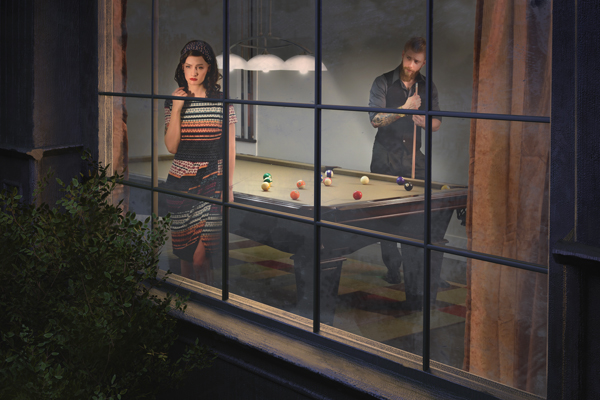 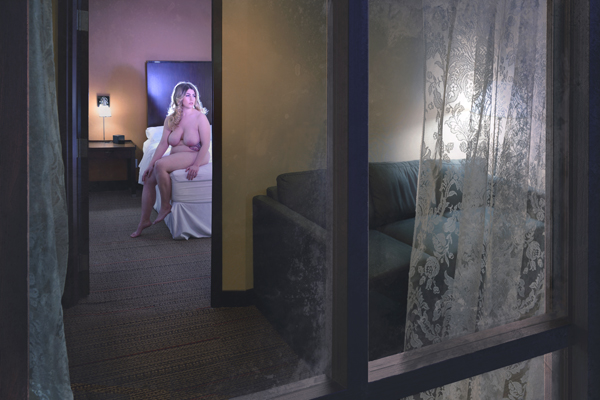 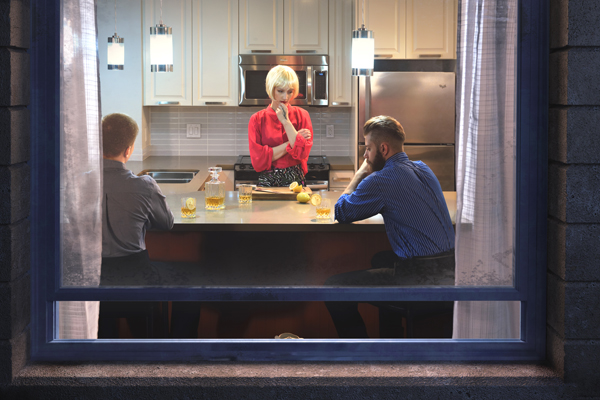 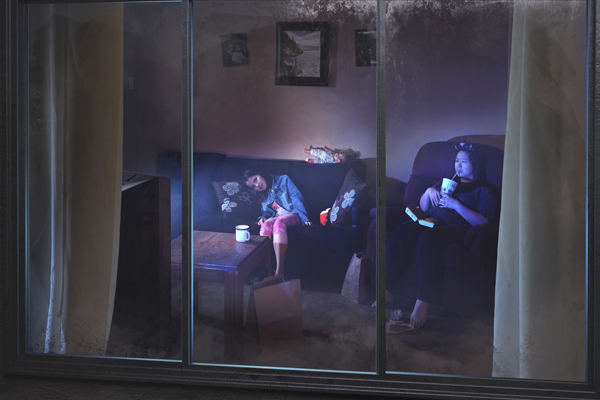 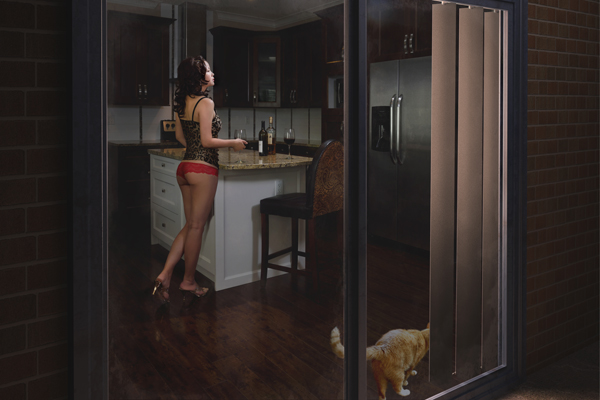 It is often said that one’s eyes are the windows to one’s soul. Whenever we think of windows, images of views and scenery come to mind. This time, I want to change the perspective by looking through the window from the outside to the inside to see, to find different emotions and situations.