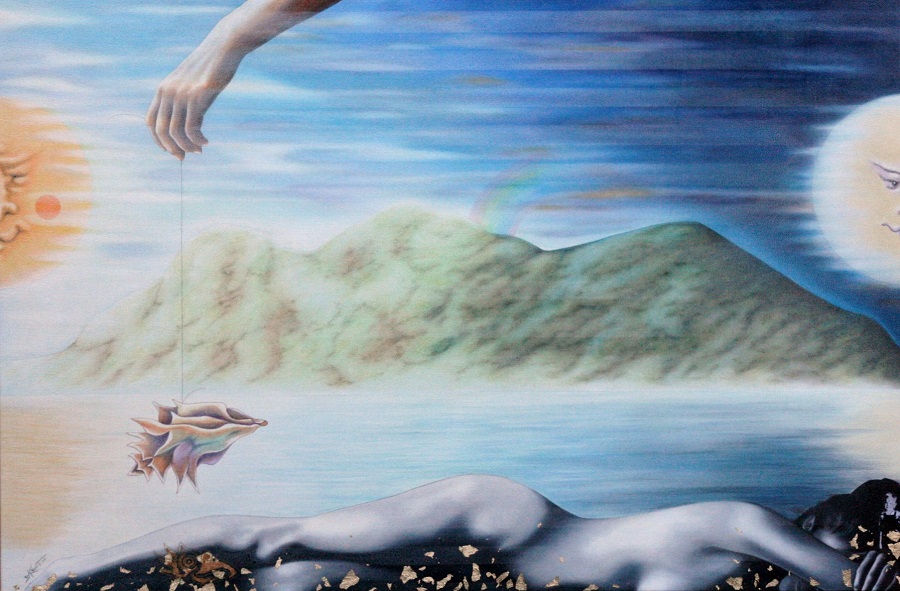 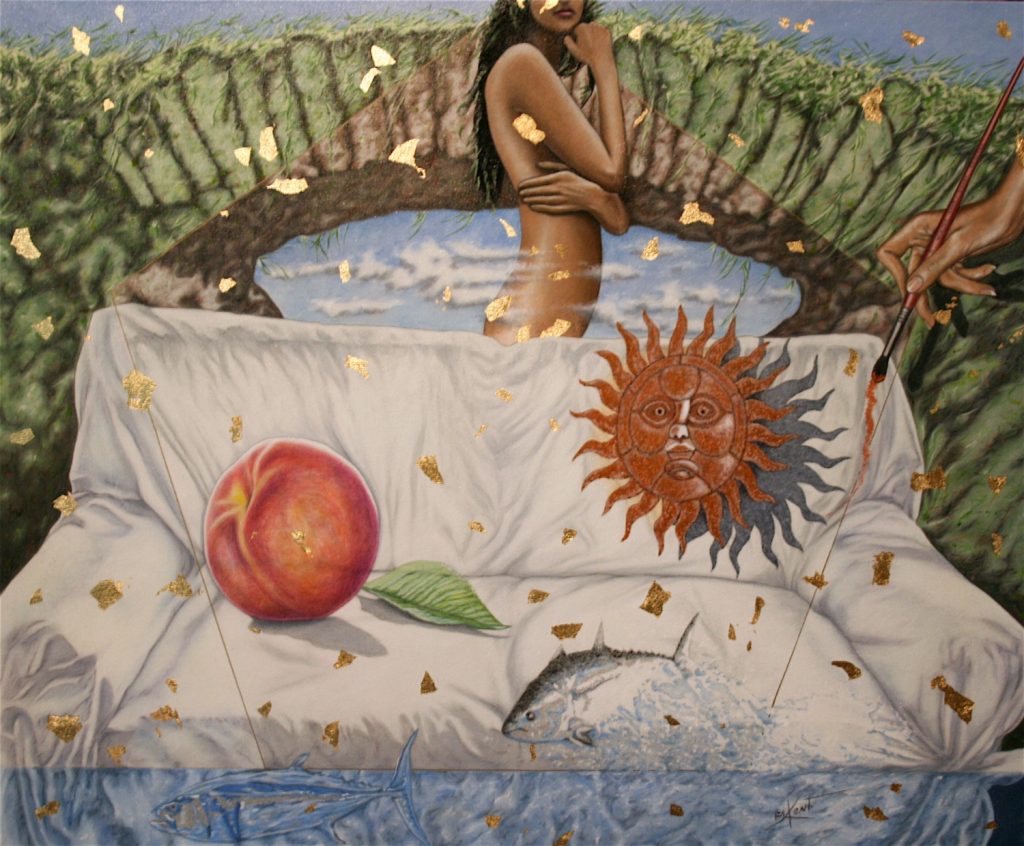 Born in 1960 in Chihuahua, Chih, Mexico, Richard Kent is the fourth and last son of Mexican mother and Canadian father. From 1980 to 1984, Kent took a technical approach to his artistic talents, and successfully graduated from the Graphic Design program at the Iberoamericana University in Mexico City. But, as vocation, he continued with his current occupation, an autodidact painter.

Like a modern alchemist, he has debugged a mixed media technique throughout the years, which has allowed him to develop his thematic: an intensive, virtually obsessive engagement with the beauty of the woman’s body, finding symbolisms that remit us to a sensuous outlook. Combining in the canvas theories from the mind and practice in the hands, Kent developed his own style, which led to achievements such as 39 solo and 65 collective exhibitions in Mexico, Spain, United States and Canada. Throughout the year of 1990, motivation and inspiration reinforced his passion for art, as he lived and traveled to Europe and visited great masters of the painting, lodged in more than 40 museums.

Among the companies and collectors that count with some of Kent’s work are Vancouver School Board, Mexican Institute of Cardiology, Sanofi-Synthelabo, Pfizer, Bristol Myers and UNICEF. His paintings have appeared in several books, magazines, calendars, and videos, where they have illustrated different articles and promoted his work.

In 2002 he moved to the city of Vancouver, B.C., Canada, finding gradually his other self. His Canadian side was hidden, but latent, and nothing gives him more pleasure than to discover it through painting, while his other half stays alive. As one of the many varieties this professional painter has, Kent has participated with pleasure in the radio transmission of 24 cultural capsules, where he has narrated biographies of some of the world’s greatest plastic arts’ exponents. Kent’s paintings have been in art auctions and his murals cover private and public spaces. A number of his paintings have been working by commission, sometimes reproduced with artistic purposes.

His life continues, with the formal compromise to maintain a strait entail with painting.

My paintings are the result of multiple images that have been in the storage of my memory for several years – images that are eaten with the eyes and transformed by the hands. I complete them by combining pigments in different tones and making use of mixed media.

The spectator plays an important role in analyzing my paintings, meticulously through the window, a world of intimate obsessions. An enlightened “voyeur” who is hidden by translucent blinds that allow him/her to observe without deforming the image. The observer becomes an accomplice of myself.

Sensuousness is a constant in my work, which focuses on the direct or indirect representation of women. Sometimes as a sunbather, sometimes as a ballet dancer, but they are always placed in a natural environment, far removed from the standards imposed by publicity. Others, they embody a wave, or a fish, metaphor like that refers us to the initial intention, sensuousness.

In depicting feminine nakedness, my aim is to impose a brief but eternal instant of beauty, thereby seeking to dispel all the negative incarnations that surround our daily lives. Ethereal feminine presence ultimately stands out because, after all, art is a sublimation of reality.