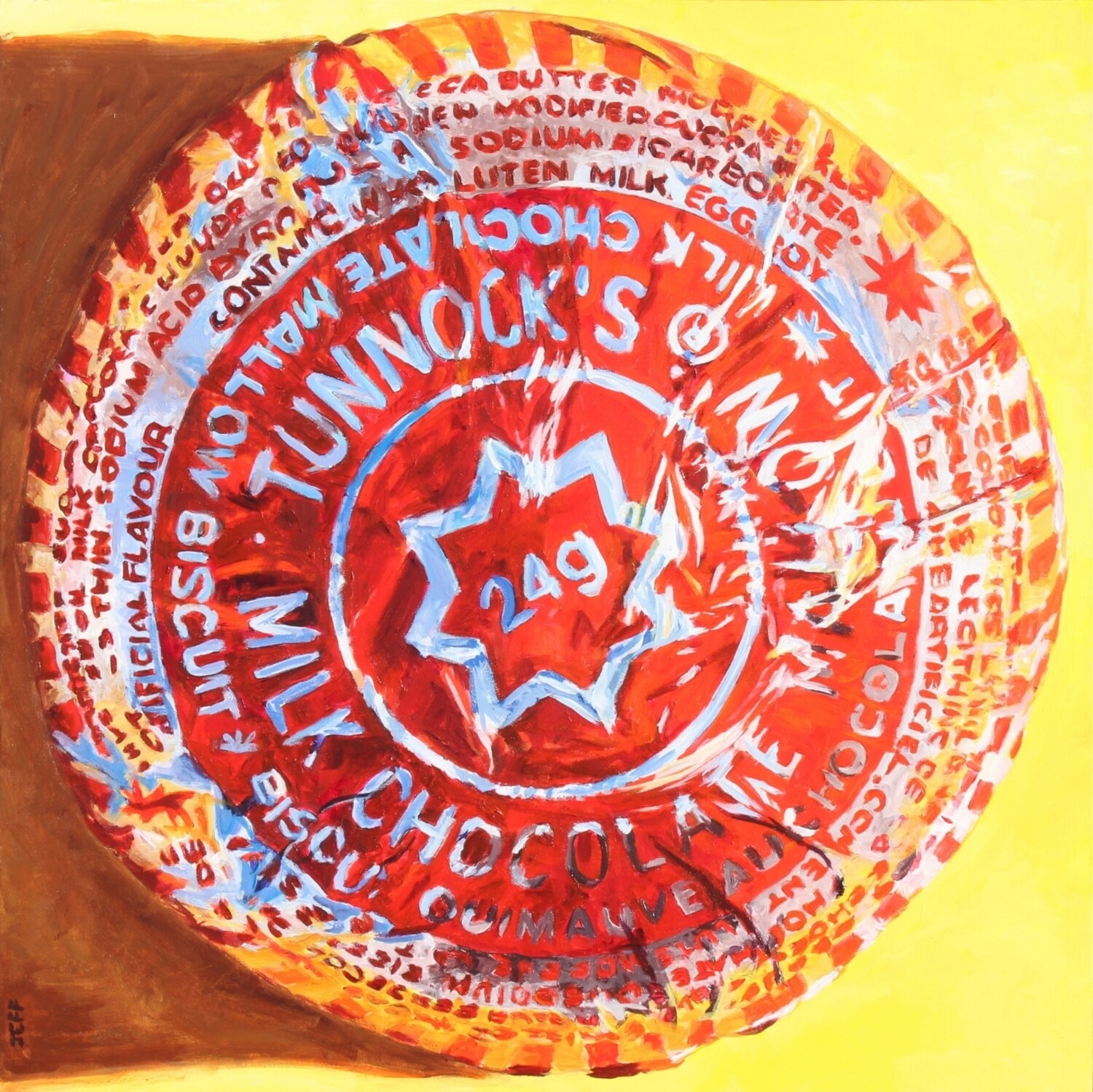 This depicts a Tunnock's teacake, a chocolate-covered mallow, wrapped in tinfoil. It is much-loved in Scotland, but the kind of thing I scorned when I actually lived there. Now living in Canada, I have to admit a nostalgic weakness for the…