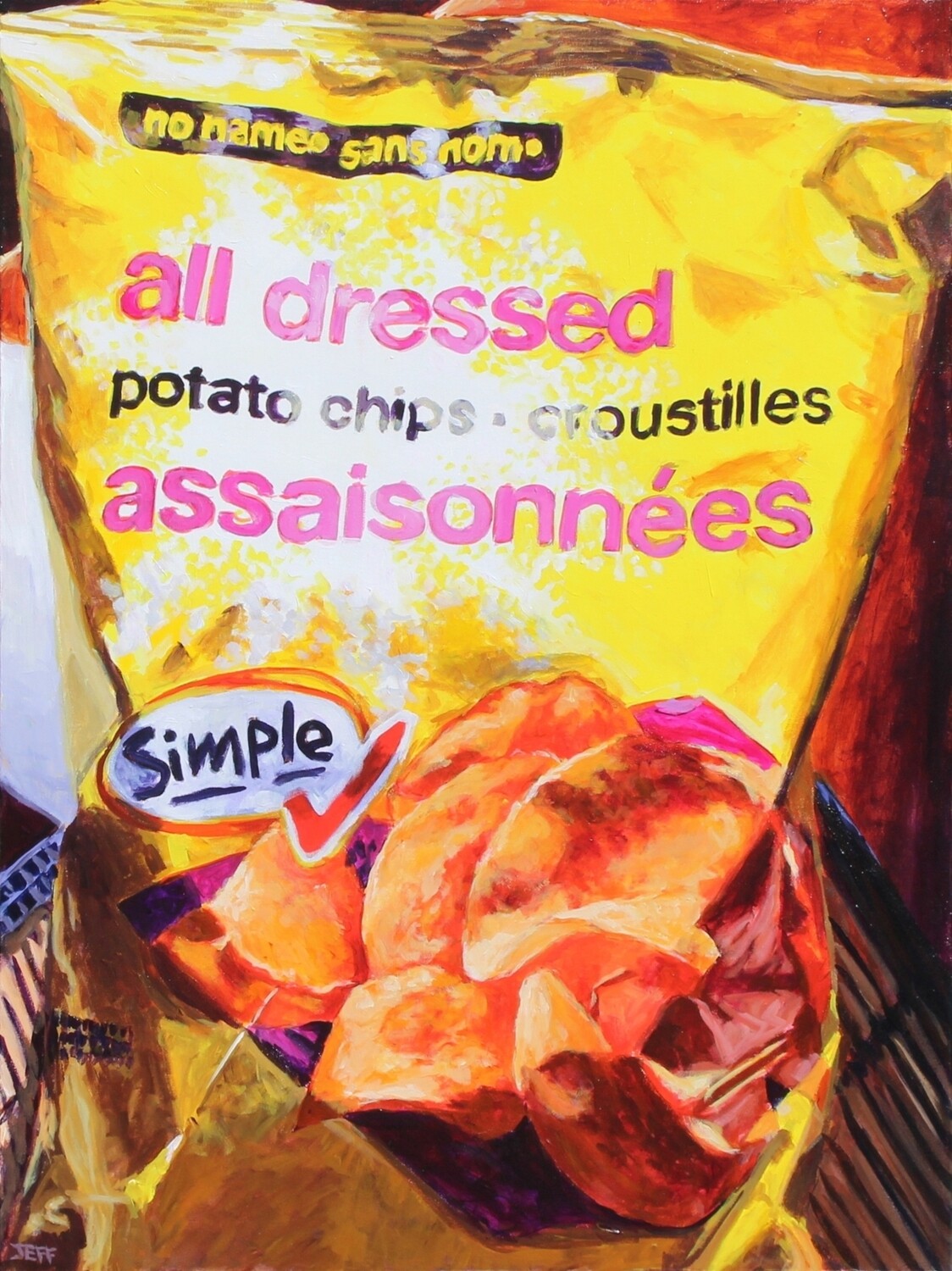 No Name All Dressed

No Name All Dressed

A particular Canadian creation, all dressed are a barbecue/ ketchup/ salt & vinegar chip combo particular to Canada. The No Name Brand utilises a high-visibility yellow/red palette and an idealised illustration of the product, with the reassurance that these are “Simple”.