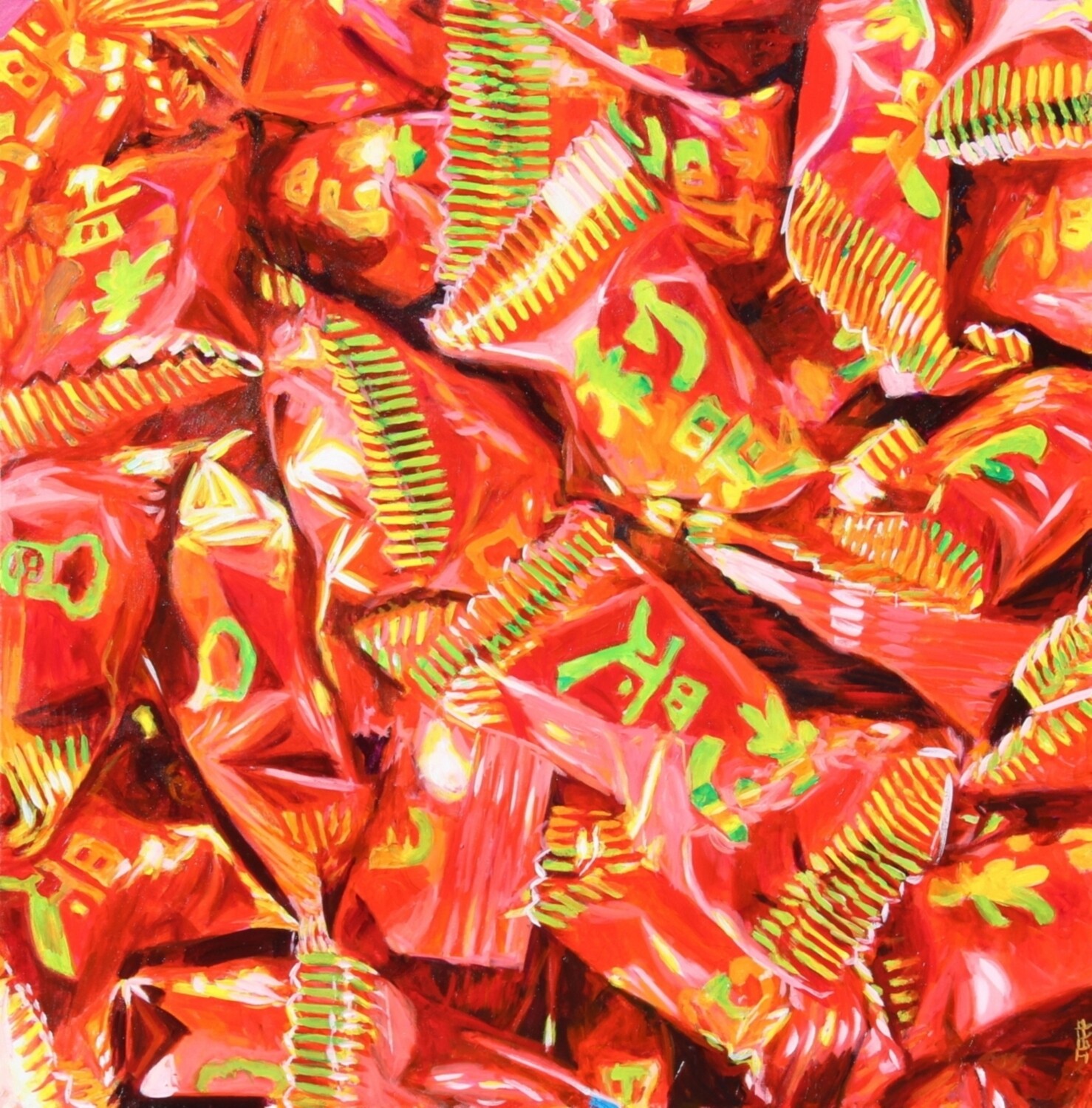 Gung Hay Fat Choy for the Year of the Ox!

I just love the colours & patterns in this is a ubiquitous candy that Chinese people give away during the Chinese new year. I am told that it signifies good luck and fortune to those who you give it to.