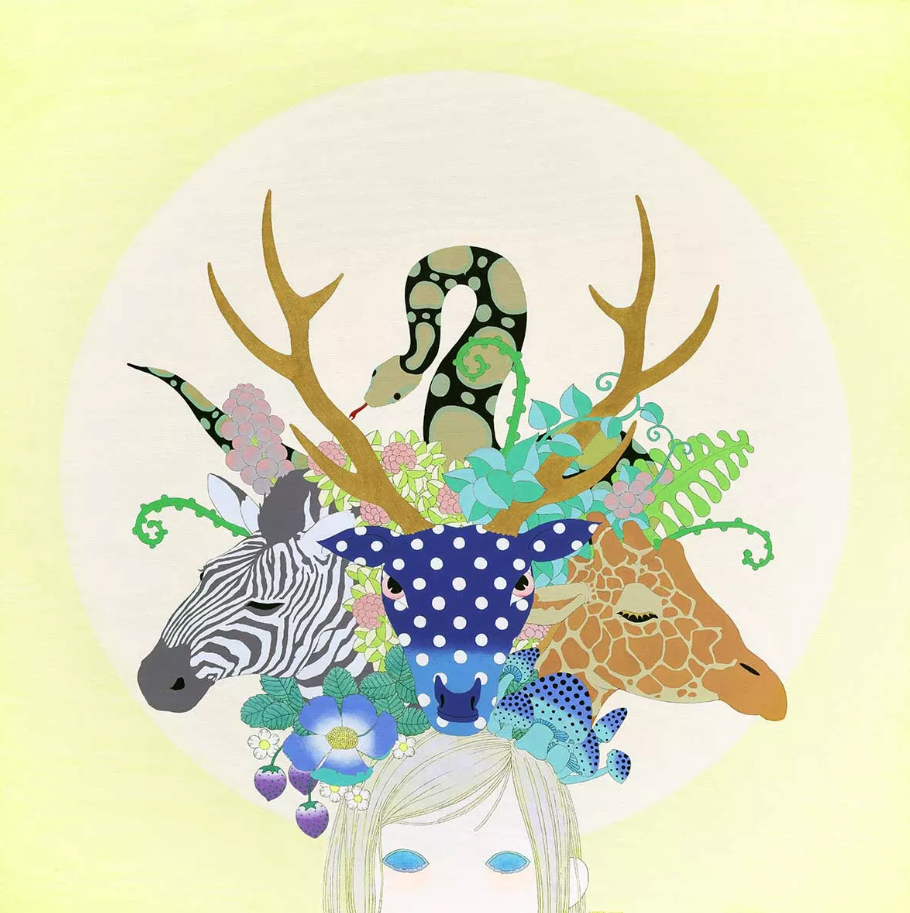 Deng’s silkscreen prints celebrate the natural world through rich details and vivid colours. ‘Inexplicable Sadness’ presents a fantastical subject with a serene young girl wearing a crown of flora and fauna, her eyes painted over in a vivid blue. The heads of a zebra and giraffe frame a curiously blue polka dot deer staring resolutely straightforward while luxuriant foliage, light pink raspberries, and a sinuous snake rise between the deer’s antlers. Despite the superimposition of the various figures and elements, the scene is flattened within an ivory-white halo set against a yellow background.

Born in Guangdong, China, Yu Deng graduated from the Guangzhou Academy of Fine Arts in 2008, with a degree in oil painting. An undeniably prolific artist, her works have been shown in many solo exhibitions across the city of Guangzhou and in various group shows not only in Guangzhou but also in Shanghai and Shenzhen.