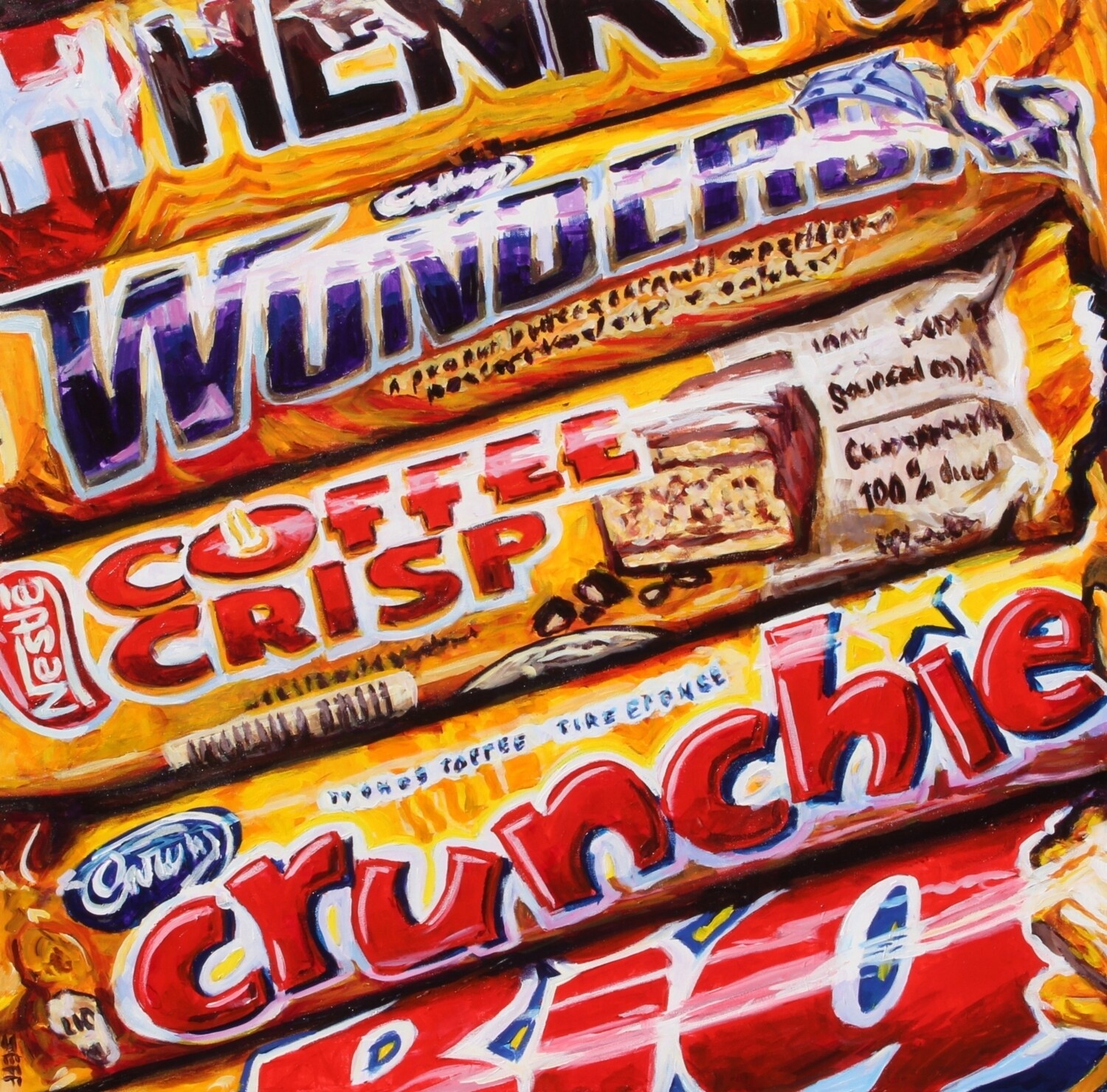 I grabbed some random candy bars at the checkout & realised that they all have a similar golden body colour, orange stripes & cartoon bar cut-outs.

Maybe the design teams on Nestlé, Hershey’s and Cadbury are watching each other...?