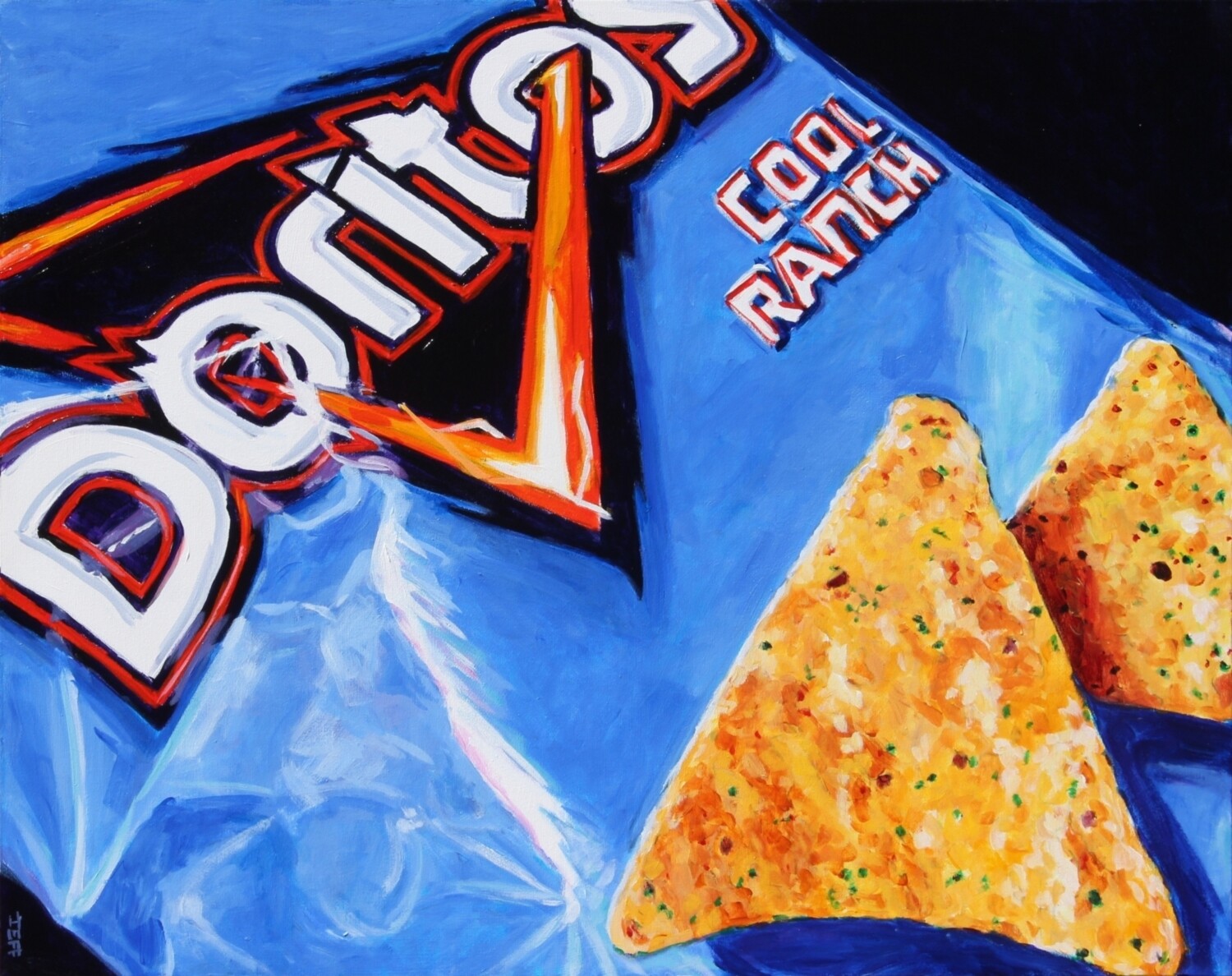 acrylic on canvas
24x30 inches
2019
signed and dated on verso

Cool Ranch is a flavoured tortilla chip made by US firm Frito Lay & originating in 1986. They've been popular for a long time, and apparently branded as "Cool American" in parts of Europe....